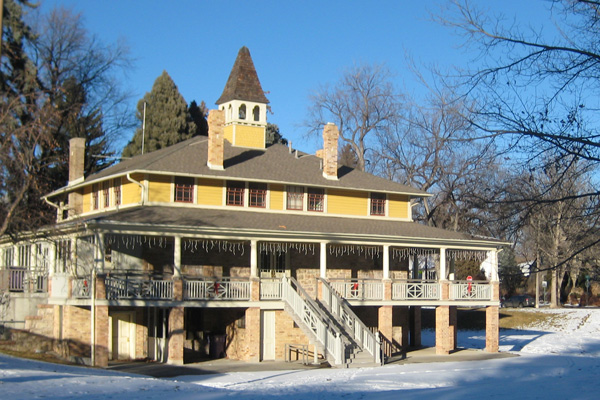 In 1885 the Western Land and Colonization Company led by Matthais P. Cochrane started a town called Montclair, named after Cochrane’s hometown in New Jersey. With the help and direction of Baron Walter Von Richthofen, an animated German, clients were persuaded to buy whole blocks of land and surround them with box elder trees. The company widened the then Kansas City Road (Colfax Ave) and lined it with trees. Each morning a carriage would transport people back and forth from downtown Denver to Montclair. Richthofen advertised for health seekers to stay at the Molkerie (now the Montclair Community House), which stabled cows and invited tuberculosis patients to rest on the porch cots while they ate whey and drank fresh milk. Richthofen also built a castle for his residence and landscaped it with evergreens from the foothills and imported Elms from the East. The Baron only resided three years at the castle, which still remains and is a private residence today. In 1888 Montclair became a town with its own government but when the Baron moved on, so did the neighborhood. The town of Montclair folded in 1902 and became incorporated into the city of Denver in 1903. 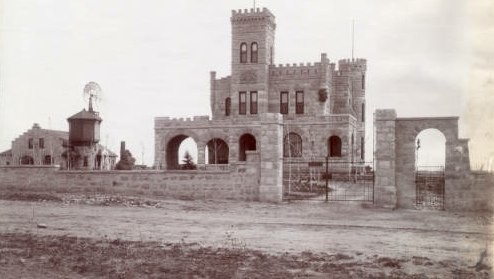 Development in Montclair remained slow until the end of World War II when many serviceman and woman returned to Denver. A large majority of the current homes were built between 1949 and 1954.

The community thrived with its close proximity to Lowry Air Force Base and the Stapleton Airport, which helped to feed local businesses. 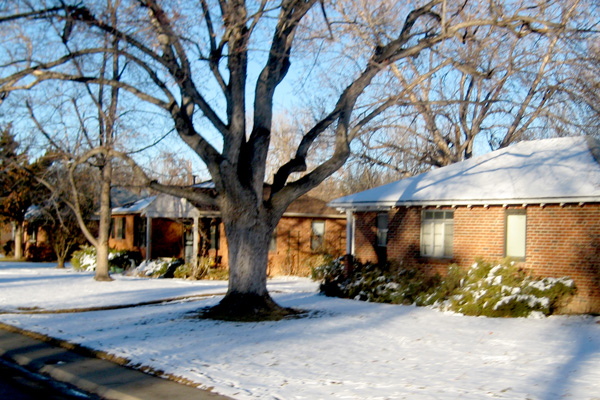 Today Montclair is a historic neighborhood, filled with old trees and an eclectic mix of architecture: Victorians, bungalows, cottages, Tudor revival, modern ranch and contemporaries. The neighborhood is made up of young families, longtime residents, and young couples.

Where: Historic Montclair is bounded by East Colfax Avenue on the north, East Sixth Avenue on the south, Monaco Parkway on the west and Quebec Street on the east.

Who lives here: A great mix of families, longtime residents, and young couples.

Common complaints: Large new builds that are oversized for the lots they sit on, some vacant retail along E. Colfax Ave, and a lack of upscale restaurants nearby. 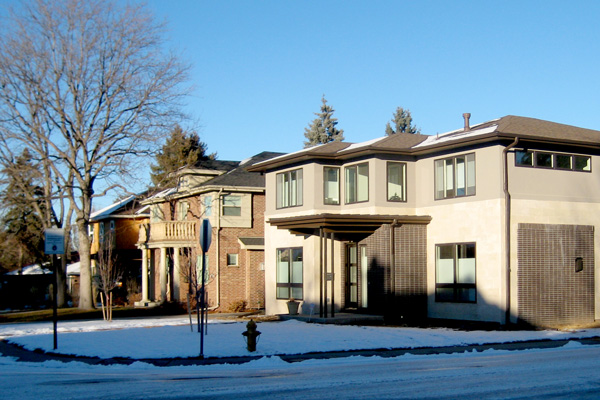