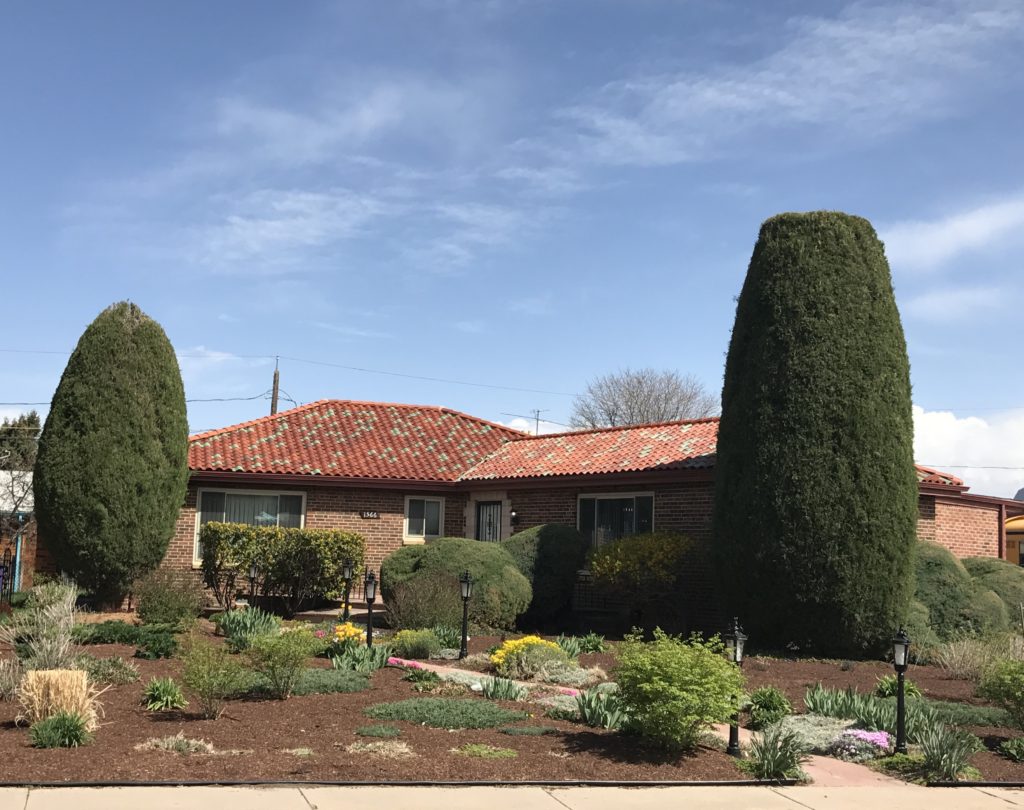 Colfax Avenue is a large part of Colorado history. Running 26 miles long, it’s been called “America’s Longest Street.” The West Colfax portion was originally known as “Golden Road” because it connected the towns of Golden and Denver. By 1896 the name of the roadway changed to Colfax, in honor of Schuyler Colfax, vice-president to President Ulysses S. Grant.

Colfax was the primary way for travelers to trade goods throughout the late 1800’s. Very few residents lived in the area at this time. Therefore only a scattering of  mansions, squatters shacks and the occasional farm could be found. By the 1890’s the landscape started to change. Denver’s population was growing quickly and people were settling in the vacant lands west of the South Platte River.

A great number of businesses started to develop along Colfax. Due to the new growth a struggle for independence and incorporation started to take place. Two groups of citizens were split. The first group wanted Colfax established as its own distinct neighborhood. The second  group, with vested interest in the businesses along Colfax, wanted to separate under the name “Brooklyn.” Brooklyn did secede but this separation lasted only six months. The division was reconciled in 1892 and in 1897 the West Colfax neighborhood was annexed into Denver.

During pre and post- World War II Colfax was essential to Denver and the neighboring areas. The road was a main route for trade west and families heading to the mountains for a vacation and recreation. Colfax was designated as U.S. Highway 40 and it became a stream of motels, hotels and restaurants for the weary traveler. Continued widening of Colfax and the construction of  new interstates contributed to a huge decline in the neighborhood. A series of studies were done in the 1970’s and plans put into place to revitalize West Colfax. Those revitalization efforts have been ongoing for decades.

Today West Colfax is having a huge transformation. Homes and businesses are being revitalized, while older, unused buildings are being replaced with condominiums and new housing. Less than a ten minute drive to downtown, the neighborhood is becoming an ideal place to call “home.”

Who lives there:
31% of the households are married couples, 49% are single, and of 23% of households have children. The Annual Residential Turnover in over 27%.

Main Attractions:
On the south border of Sloan’s Lake and the east border of Lakewood’s 40 West Arts District. Close the RTD W Light Rail and other mass transit, a short distance to downtown

West Colfax has two Regional Bike Routes, the D8 and the D10. Lakewood Gulch Trail is a multi- use trail. Wolff Street, Perry Street, and part of Knox Court are shared lane bike routes, while most of 17th Avenue has a designated bike lane.