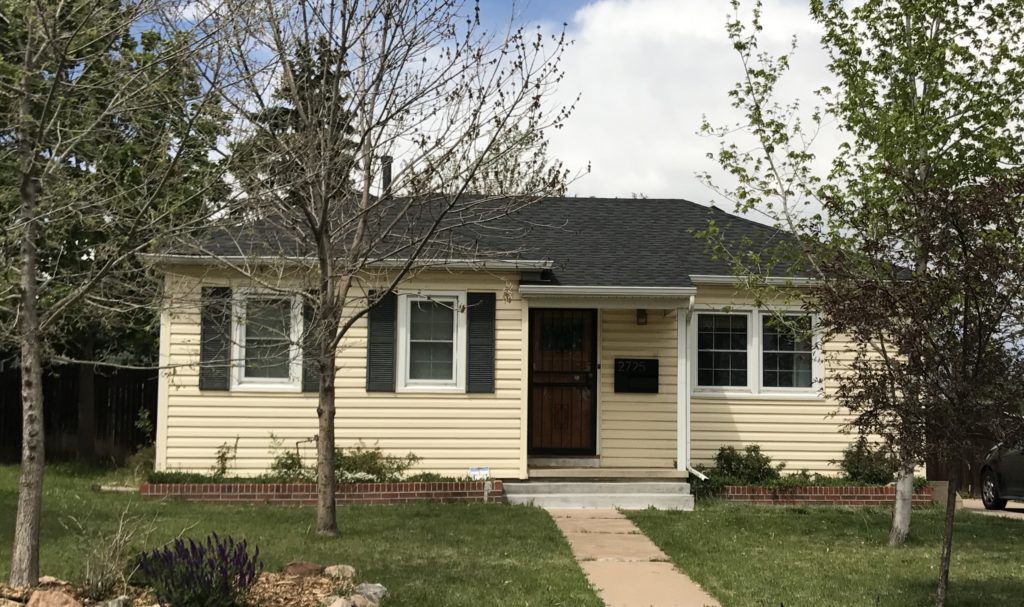 Valverde land was originally claimed by Daniel Witter. He had plans to construct “Villa Park.” A vast development offering unique features that catered to Denver’s wealthy. The project never got off the ground and 760 acres of land were sold to Phineas T. Barnum, of Ringling Bros. and Barnum and Bailey Circus. He eventually sold off the land in parcels too. Developers that bought the property were awed by the lush vegetation and trees. They founded “Valverde” (which means “green valley” in Spanish) 1n 1899. In 1902 the Town of Valverde was dissolved and annexed to the City of Denver under the Colorado Session Laws of 1893.

Initial development in the neighborhood was slow. The old Valverde community was built along Alameda and east of Tejon Street. Federal Boulevard was a narrow and sparsely driven road. By 1915 Valverde was seeing substantial growth. The modest neighborhood  was a haven for small truck farms.  “Farmers used their small trucks to take produce to the market place.”The construction of the 6th Avenue and I-25 Freeways bought many changes to the neighborhood. The multiple highway interchanges and on/off ramps made Valverde a perfect industrial area. Many truck farms were sold for redevelopment. Part of the neighborhood became offices, warehouse and smaller “industries.”

The South Platte River flooded in 1965 causing millions of dollars in property damage.Valverde was one of the neighborhood affected the most. 75 homes were lost and many more condemned. This caused many people to leave the area entirely.

Valverde is one of Denver’s most diverse neighborhoods. Close to bus lines and two freeways, it is easily accessible. Residents enjoy being close to retail, industry and open space.

Where:
Valverde is bounded by Federal Boulevard to the west, the South Platte River/ I-25 to the east, W.  Alameda Avenue to the south, and W. 6th Avenue to the north.

Who Lives There:
Approximently 42% of the population are married, 37% are single, and 39% of households have children. The Anuual Residential Turnover is 17.84%.

Common Complaints:
Homes are small and many have been neglected.

South Platte River trail the D5 shared bike routeis on a multi- purpose trail. The D14 is a shared lane bike route that runs along a few different roads within the neighborhood.